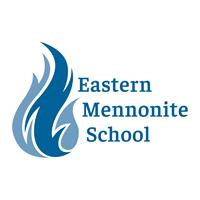 Kendal Bauman is the current assistant athletic director and physical education teacher for Eastern Mennonite Elementary School, and was the boys varsity soccer coach from 1992 to 2012. Coach Bauman researched and drafted this article and pulled together a display (pictures at easternmennonite.org/news) in the early morning hours before Menno Classic competition on Saturday, Sept. 28, 2021, at the EMS fields. The 2021-22 Menno Classic ended with St. Christopher’s winning the tournament, beating Saint John Paul the Great 5-0 for their 11th title. EMHS has won the tournament three times. EMHS placed fifth against Christchurch, tying 2-2 with Schuler Harmison ’22 making a save in the 7th round of penalty kicks.

Technically speaking, Eastern Mennonite High School participated in its 50th boys soccer tournament Sept. 17 and 18, 2021, hosted for the 20th year by EMHS at the school (with a gap in 2020 thanks to COVID-19).

It all started in 1971 when EMHS participated in the Bollingbrook Soccer Invitational Tournament, in Petersburg, Va.

EMHS captured its first title in 1977 and went on to win the title in 1979 (posting three shutout victories), compiling the first-ever perfect season for the Flames 19-0. Team members included Craig Brunk ’78 (whose son Dillon ’08 won a VISAA state championship in 2007) and Jimmy Blauch ’78, whose sons Matt ’10 (who was on the VISAA State Championship team 2007) and Chris ’12 played for the Flames.

Jimmy Blauch remembers playing in mud and standing water in the ’79 semifinal. “Coach Kopenhaver tried his best to get the game moved, but the other coach refused. We won that game 1-0. Keith Heatwole slid through a mudhole and was completely submerged.” Heatwole was a member of the class of ’79.

Luke Schrock-Hurst ’78 (whose son, Lucas ’08 played on the VISAA state championship team in ’07) recalled his sophomore year playing against two English teams. “I guess you could say that we were the top US team that year since the English teams took second and first place.” Coach Kopenhaver invited the two English teams to Harrisonburg for an exhibition match after the tournament.”

Roger Mast ’80, in his final season of a 31-year career coaching men’s soccer at Eastern Mennonite University coach, said the Bollingbrooke Tournament “was THE highlight of the season. To travel and stay overnight was fantastic. The competition was some of the toughest we faced all season.”

Eastern Mennonite captured its first St. Vincent Invitational in 1988, snapping a five-title streak by Ireton. Jay Yutzy ’90 (whose son, Joseph ’25, is on the current roster) was a part of that record-setting year when they also captured the VIC championship. Jay said of that experience, “We had won the VIC for so many years that to finally win the St. Vincent’s Tournament was the ultimate prize for us. When we got back, we rode around Park View in our team vans, screaming and yelling and honking the horns.”

Kendal Bauman recalls many times Bishop Ireton would not take the field for a warm up. “They would come out of the locker room and walk on the field to play. Their coach could be seen smoking a cigar on the sidelines. There was a magic surrounding Bishop Ireton, and it was not until the Covenant School ended up breaking their streak of six titles that the mystique evaporated and they were just a normal team like everyone else.”

Dave Bechler, EMHS athletic director at the time, and Bauman, who was then boys varsity soccer coach, decided to invite those teams to a tournament at Eastern Mennonite and the Menno Classic Soccer Tournament was born, continuing the tournament but in a different venue further north.

Eastern Mennonite captured tournament titles in 2005, 2006 and 2011. Ryan Eshleman-Robles ’10, current varsity soccer coach, was on the 2005 and 2006 championship teams. He reflects on his experience both as a player and coach saying, “The best way I can describe it is as a mid-September itch. I fell in love with this tournament staring out a classroom window, willing the bell to ring so I could get out there and play. Now, more than twice as old, I still cherish it as an opportunity to test our mettle against a variety of teams across the state. It’s also a great chance for teammates to build bonds over an exhausting and exhilarating two days.”

St. Christopher’s has attended the Menno Classic 16 times since 2001, winning 10 championships (Bishop Ireton of the other era won 13 titles). Jay Wood, head coach, wrote about the tournament, “Only the barriers of severe weather, the confluence of religious holidays, and the pandemic have prevented our coming in our ‘off’ years. Participating in the Menno Classic has been a highlight of STC’s soccer team culture for 20 years. It’s an early season tournament with clear place finishes. We like the measurement outcome for motivation. We get early season feedback on our collective strengths and weaknesses. We play out-of-area competition. We play on excellent grass fields. We’re required to play a lot of kids to survive the three games in a 24-hour period, often ‘out of position,’ and in doing so the staff learns — of necessity — a lot about our players (e.g. “Who knew Johnny could play in the CMF, too?”). It requires our season’s only overnight stay, a dimension that helps foster a stronger sense of team chemistry.”

He continues, “As head coach at STC for 31 years, I’ve been deeply impressed by Kendal Bauman and Dave Bechler, the two individuals who have been the face of the Menno Classic for most of the time we’ve participated. They have worked tirelessly for the benefit of the players — at EMS and other schools — to produce an incredibly well-run tournament. I am grateful for their friendship and support. Of the many years we’ve played, the 2008 MC stands out: that year STC finished 8th, without giving up a goal during regulation during our three matches. We lost 1-0 in overtime to Episcopal High School (that season’s MC & State Champion), we then lost in PKs vs. Denbigh Baptist 1-1 (5-4 PKs), and then lost 1-0 in OT to Christchurch. Coming in 8th was a bitter pill to swallow, but we learned a lot about ourselves and ultimately became a better team. What coach or player doesn’t want the opportunity for that outcome?”