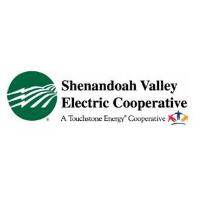 The cooperative’s Operation Round Up Committee recognized the following 10 students as recipients of this year’s SVEC scholarships:

Since 1992, the cooperative has contributed more than $140,000 for area youth to pursue their dreams, offering scholarships to high school seniors whose parents or guardians are members. SVEC’s Operation Round Up Committee oversees the cooperative’s charitable giving. It consists of nine members from around the co-op’s service territory, plus one SVEC employee.

Additionally, five high school seniors from SVEC’s service territory have each received $1,000 college scholarships awarded by the Education Scholarship Foundation of the Virginia, Maryland & Delaware Association of Electric Cooperatives. They are:

The foundation awarded Worth Hudson scholarships of $1,000 each to 57 students across the association’s three-state footprint. They are named in honor of Hudson, the foundation’s first chairman. Since 2001, the foundation has provided about 780 scholarships totaling more than $800,000 to aspiring college students as well as to the next generation of electric lineworkers.

Chartered in 1936, SVEC serves over 80,000 members and about 96,000 meters in the counties of Augusta, Clarke, Frederick, Highland, Page, Rockingham, Shenandoah, and Warren and the city of Winchester in Virginia. Shenandoah Valley Electric Cooperative was the first electric cooperative chartered in Virginia. This institution is an equal opportunity provider and employer. SVEC supports our armed services and veterans in employment opportunities.