The program, which was started four years ago, is led by professors Esther Tian, Daniel King, and Stefano Colafranceschi.

“It’s such a mixture of emotions” to see this first class graduate, King said. “Gratefulness to them because of their hard work and dedication to the program over these years, pride over their accomplishments so far, sorrow over the way their final semester came to such an abbreviated end, and excitement to see where they all will end up over the next few years.”

The next few years will see some of these graduates leave the country, while others plan to stay in Harrisonburg. Some have their sights set on graduate school. For others, the workforce or service assignments beckon.

“Engineering is a special form of art, it takes not just technical knowledge and scientifically sound ideas, but also creativity, fantasy, and the ability to think out of the box,” said Colafranceschi, who guided the students through their capstone projects. “We train engineers to serve and lead the way to a better world.”

Tian has many fond memories with this cohort. “We have had a lot of laughs together during the last four years, which I truly appreciate. They will be sorely missed,” she says. “It is such a fabulous class and I am privileged to work with them in the last four years.” 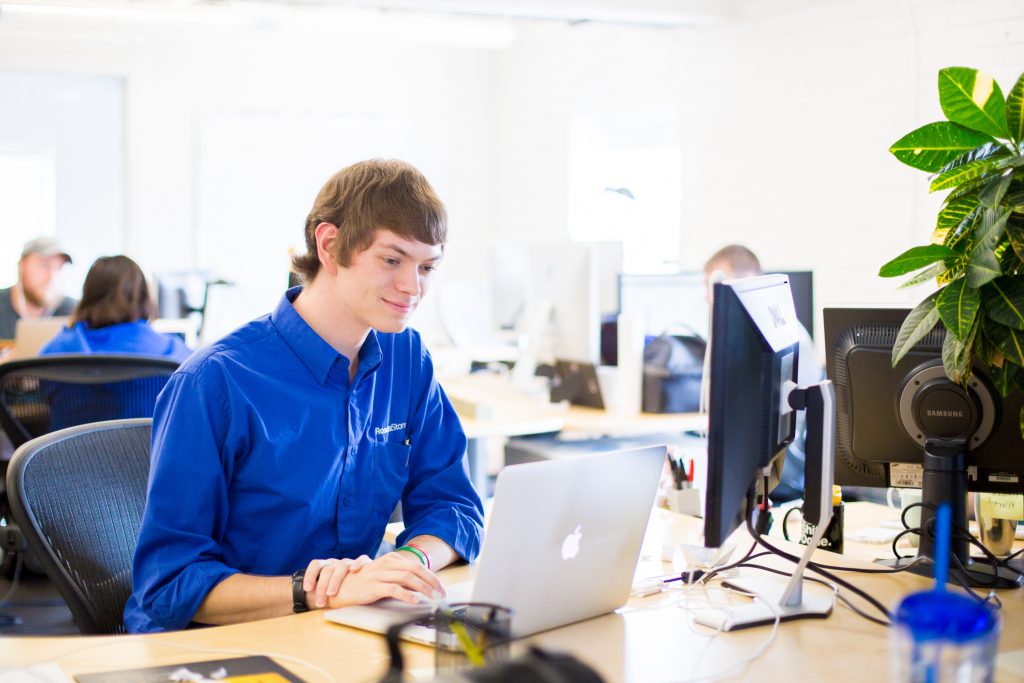 Engle is a double major in engineering and computer science from Harrisonburg. He’s participated in and led student organizations Engineers for a Sustainable World, the Astral Society, the Math Club, and the Association for Computing Machinery. He’s most proud of “all the friends I’ve made and all the projects I’ve accomplished with them” while at EMU.

Engle’s engineering capstone, the “Garbage Grader,” was a collaborative project with fellow graduate Ben Stutzman. “We created a device to observe food waste at the EMU cafeteria in order to generate more sustainable eat-not-waste habits. We are thinking about applying for a patent for it,” Engle says.

Tian says that Engle “has always been freely and willingly to help his fellow students on their assignments and projects.”

He plans to attend the University of Virginia to pursue a doctorate in computer science. 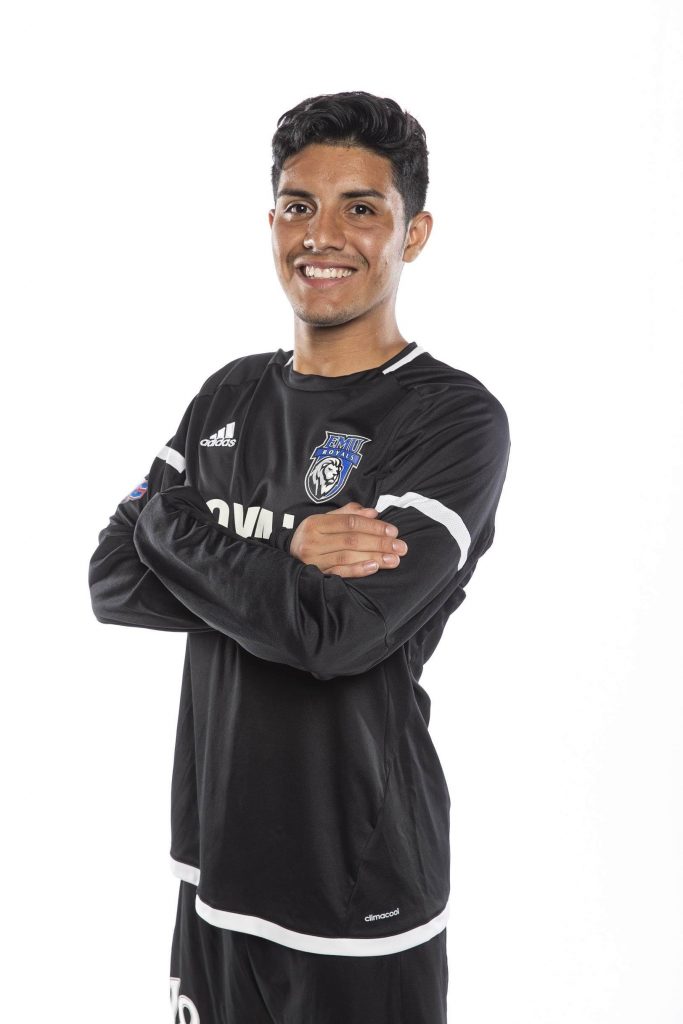 Vazquez is a computer engineering major who was born in El Pocito de la Virgen, Guanajuato, Mexico, and calls Waynesboro, Virginia his “second home.” He played on EMU’s soccer team for four years, was active in the Latino Student Alliance, and was an assistant junior varsity soccer coach at Harrisonburg High School for two years. One of his favorite memories from college is “my first goal my junior year against Ferrum.”

For Vazquez’s capstone project, he built a “supercomputer” – a cluster of 19 computers that can “host web applications, other technology applications, and complete parallel computation.”

“Juan has been a hardworking student. I appreciate his can-do spirit. He has also done much good work in the IS department throughout these years,” Tian recalls.

He has accepted a job at WF in Charlotte, North Carolina, as a production support analyst. 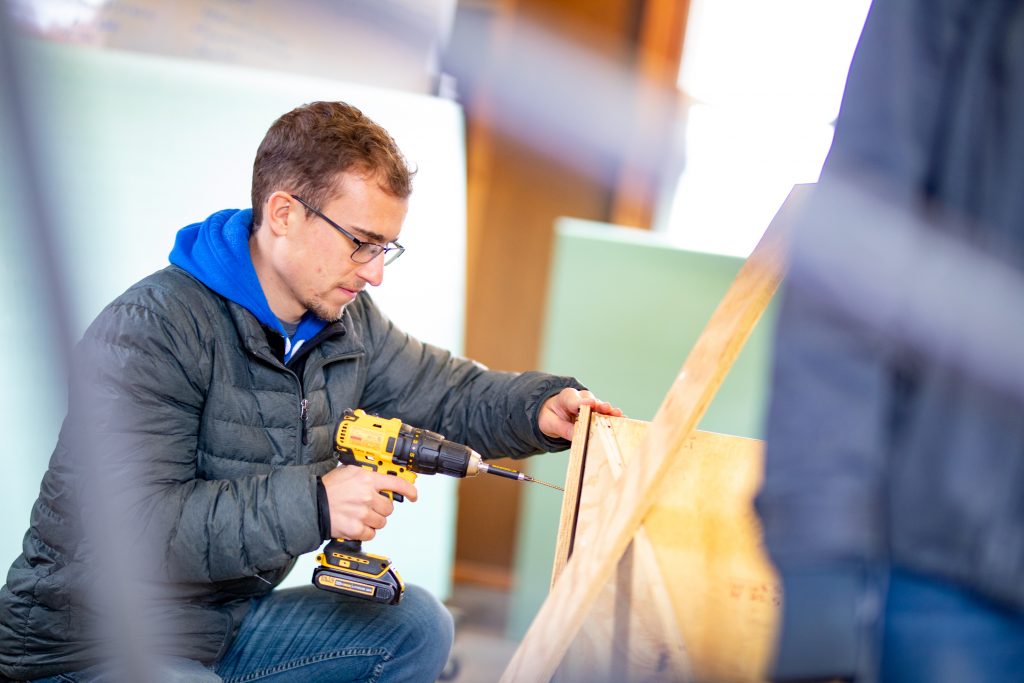 Longenecker is an engineering major from Harrisonburg. He ran track and cross-country for all four years, helped lead Engineers for a Sustainable World for three, and was involved in the honors council, EMU Explore club, and building a super-efficient eco-marathon vehicle. He was also an embedded tutor in engineering classes.

Among his collegiate accomplishments are recovering from a major surgery in running, organizing hikes to Old Rag, and “meeting a ton of incredible people.” One of his favorite memories as a student was traveling to New Orleans with friends for spring break before the pandemic hit.

For his capstone project, Longenecker partnered with James Paetkau and Karissa Sauder to build a website advocating for climate action at EMU. The web pages, based on EMU’s 2015 climate action plan, includes a map of the energy use of different buildings on campus, information about sustainability projects that have been implemented, and an interactive modeling tool that projects EMU’s future carbon emissions.

Tian calls Longenecker an outstanding student, saying, “he has been a wonderful tutor to many students in many classes. His calm manner has benefited us all.”

Longenecker is still determining his future plans, but intends to stay in Harrisonburg for the time being. 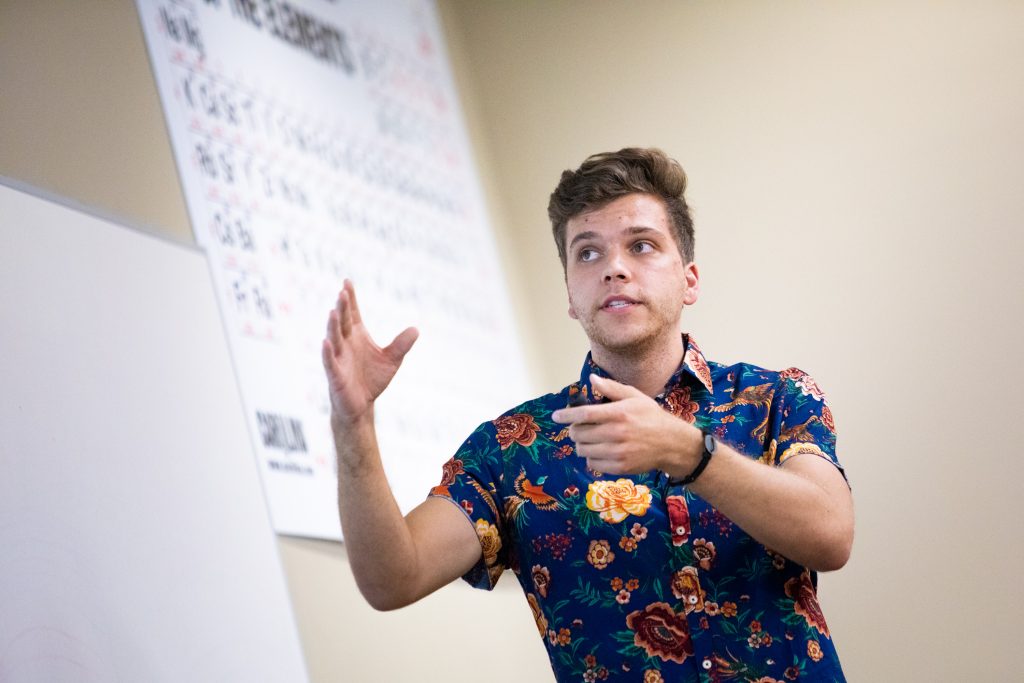 Paetkau is an engineering major from Goshen, Indiana. He served as the president of Engineers for a Sustainable World for two years and was involved with the Sustainable Food Initiative and intramural sports on campus. He counts his greatest collegiate accomplishment as traveling to Guatemala, the U.S.-Mexico border, and Cuba for cross-cultural, and “returning with a solid conversational level of Spanish.”

Paetkau’s capstone project, which was interrupted by the pandemic, was a design for a rainwater harvesting system to be installed at the Suter House, a rental property on EMU’s campus. “This system would be used to provide water for toilet flushing and irrigate a forest garden that was going to be planted in the adjacent yard,” Paetkau says.

One of his favorite memories from college is “stargazing on top of the EMU hill both as a first year and as a senior, being able to look out over the twinkling lights of Harrisonburg and take a moment to breathe and reflect on the past week, month, or four years.”

“James has been a brilliant student,” Tian says. He has been insightful in his studies as well as in research.”

He plans to move to Washington, D.C. to work in data analysis and public policy, with the long-term goal of pursuing a graduate degree in those fields. 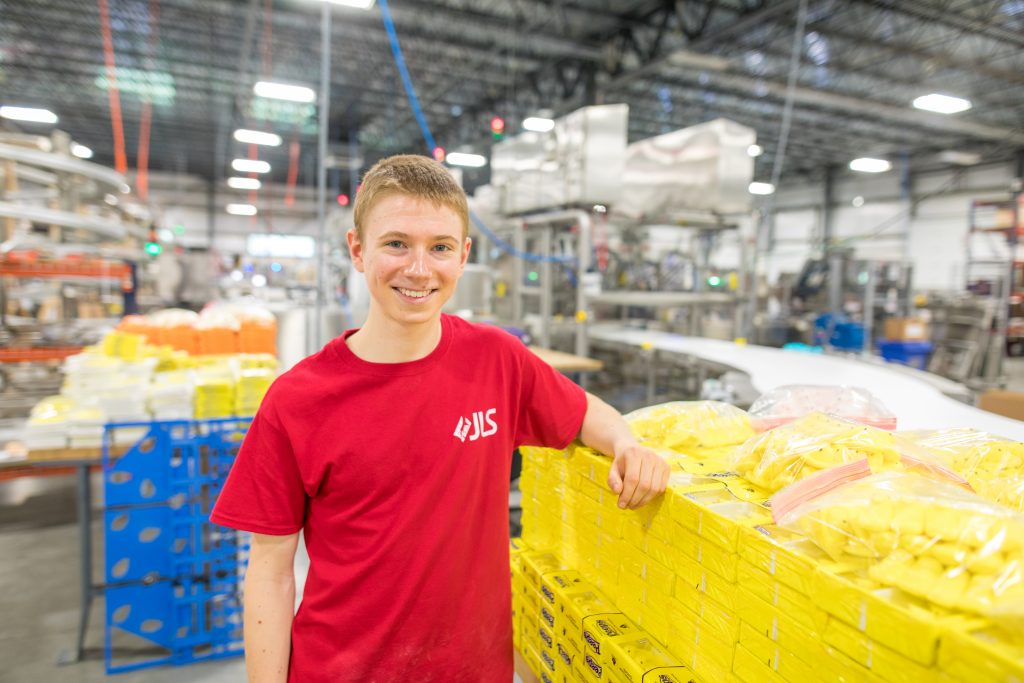 Ben Stutzman at his summer internship for JLS Automation, where he worked on creating a robotic system for packaging Peeps. (Photo by Macson McGuigan)

Stutzman is an engineering major and environmental sustainability minor from Lancaster, Pennsylvania. He helped restart the Astral Society, an amateur astronomy club on campus; competed in multiple codebreaking and computer programming competitions; and participated in Engineers for a Sustainable World. He also ran one year of cross-country, and recalls his junior cross-cultural trip to the Middle East as “fantastic.”

Stutzman’s engineering capstone, a collaboration with Austin Engle, was the “Garbage Grader.” His favorite memories of college are “random dinner conversations with all kinds of people” in the cafeteria and with close friends.

A “superb student,” Stutzman “has been inspirational for us,” Tian says, citing the times he ran the Boston marathon and his summer through-hike of the Appalachian Trail.

He plans to join the Peace Corps in Mozambique this fall to teach high school math.